What is Ladder Logic?

Ladder Logic is one of the top 5 most popular types of PLC programming languages used in manufacturing environments. Before Programmable Logic Controllers, manufacturing plants employed relay-based circuitry to energize different loads based on how the relays were wired together. Relays were costly, required constant maintenance, and could not be easily reconfigured. As PLCs took over this process, it was essential to keep a similarity of the old system; thus, ladder logic was created as the first PLC programming language.

Ladder Logic is labeled as such because the software is laid out in the shape of a ladder. On the left side, ladder logic instructions are set as conditions, while the ones on the right side are instructions that are triggered if the conditions are met. Each rung of the ladder spans from left to right and is executed from top to bottom by the PLC.

As mentioned above, ladder logic is extremely popular among PLC programmers. It’s easy to learn, mimics electrical circuits, and is easy to troubleshoot once deployed.

Learning ladder logic is typically the entry point into a career in control systems as a PLC programmer. In this post, we will go over ladder logic components, cover basic principles, and outline what it takes to master this programming language.

Just like computers, PLCs operate with binary signals; each one can be set to zero or one. In the programming world, this data type is called a boolean. A boolean takes a single bit in the memory, can be set to 0 or 1, and is used in most basic PLC instructions.

The PLC executes the program loaded into it one rung at a time. As the PLC begins to process the rung, it reads the instructions on the left and determines if the Logic on that side of the rung is set to TRUE. The Logic evaluates to TRUE when a hypothetical current is able to pass through the instructions. Each instruction has a set of conditions that make it TRUE or FALSE.

For this purpose of this tutorial, we’ll start with two of the most basic instructions in ladder logic plc programming: Examine if Closed and Output Energize.

In the example above, the XIC Instruction is tied to the bit “Condition1”. Since the bit is OFF (or 0), the hypothetical current stops at the instruction.

In the example above, the XIC Instruction is tied to the bit “Condition1”. Since the bit is ON (or 1), the hypothetical current is allowed to pass through and goes to the OTE Instruction. The OTE Instruction sets the “Energize1” bit to HIGH (or 1).

Now that we’ve seen a basic example that illustrates how the execution of a single ladder logic rung is completed, it’s time to discuss circuit branches. Circuit branches create a way for the current to pass through a different path as the rung executes. The instructions are executed in the same way, but we now need to analyze different paths the current may take.

The rung above has the primary rung and a branch that jumps the first two conditions with a 3rd one. Let’s analyze what’s happening with the execution of the Logic.

Here's a much more complex example for you to consider. It's not abnormal to find multiple branched circuits in ladder logic.

Now that you’re familiar with how circuit branches work in ladder logic, it’s important to practice tracing the logic as you would in the field. Most of your work as a PLC programmer is going to be looking at rungs of logic and figuring out why the output is energized or what’s preventing it from turning on.
Consider the following situation: your supervisor calls you due to a problem on a production line. For some reason, the pump that’s going to deliver raw materials to a specific tank isn’t turning ON. As you show up to the operator station, he shows you that when he pushes the button, the pump won’t do anything.
Resolution: you look at the panel, press the button yourself, and confirm that it doesn’t start. This pump worked in the past, so you decide to see what’s happening in the PLC logic. As you trace the output tied to the pump, you notice a complex rung with multiple circuit branches. The reason is that there are numerous conditions for that pump to start. Since you’re familiar with the approach above, you can quickly figure out that the pump wasn’t able to start because one of the start conditions was that the tank must be empty. As you realized that the tank was, in fact, empty, the conclusion was that the level sensor was broken. You replaced the sensor, and the pump resumed regular operation.

Now that we have some familiarity with how a basic rung structure is laid out, let’s discuss other components of ladder logic.

As we discussed above, the ladder logic instructions on the left side are called inputs. Their condition is evaluated on a true or false basis. If the evaluation is concluded with a TRUE, the output of the ladder logic rung is executed. If it's evaluated to FALSE, the PLC goes to the following rung.

Every programming language allows the user to add documentation to their software. In ladder logic, this opportunity comes with every rung, instruction and data structure. By adding a comment above the rung, you're making it easier for the person after you to understand your train of thought and troubleshoot the logic as needed. Furthermore, the comments may be used to indicate a change or temporary fix of a certain problem that was encountered by a PLC programmer.

There are many instructions that will execute on the output side. In the example we covered above, our focus was on the OTE Instruction. However, the screenshot above also includes TON or Timer On Delay Instructions. As you gain experience as a PLC programmer, you'll encounter and master additional instructions.

Each rung of ladder logic lies between the two side rails (just like a regular ladder). These rails are what energizes each rung as they are executed. In the screenshot above, you can see two rails within the RSLogix / Studio 5000 environment. The rails remain grayed out until the main routine calls the program. In the screenshot, the rails are green, which means that this specific logic is being executed.

Each instruction will be tied to one or more tags. Each tag requires a data structure element as well as a name or label. In the examples we looked at above, tags were labeled as "Condition1", "Condition2", "Condition3", etc. In production circumstances, tags would typically reflect the physical element they control or a set of PLC based tags. For example, tags that control motors may have the label of MTR1_Start, MTR2_Stop, MTR2_Status, etc. Furthermore, tags may also have a description that allows the user to give the tag a text-based description.

As you invest yourself in PLC Programming, you'll quickly realize that the list of different instructions available to you is vast. Furthermore, as you become advanced at the craft, you may find yourself creating your instructions through the use of an Add-On-Instruction or AOI. However, assuming that you're here for the basics, let's discuss the most useful instructions you should start working with as you tackle industrial automation.

We've looked at these instructions at the start of the tutorial. It's the essential input check you can make on your data. In short, if the boolean assigned to the XIC is TRUE, the output will go through. If it's FALSE, it won't. Although it may seem that this would have limited utility, many of the advanced constructs within PLCs have a boolean state. For example, a Variable Frequency Drive may have an array of boolean structures that are tied to different faults. Therefore, you may create the same number of XIC instructions to verify which failure is present on the drive.

Timers are a basic data-structure of PLCs. They allow the user to create a condition that will start an internal timer and execute an action based on what the user has programmed. The most basic timer instruction is Timer ON or TON. This instruction will start counting as soon as the input is energized. The timer will continue timing until it reaches a value specified by the user. A PLC programmer can use boolean status bits of the timer in order to execute logic based on the timer running, completed or not-running status bits. This instruction is fundamental in PLC programming and is often seen in basic sequences, de-bouncing logic and any other programs that require timed execution of ladder logic.

Ladder Logic is the most common PLC Programming language. It's easy to learn, easy to use and has been adopted since the early days of Programmable Logic Controllers. The iconic resemblance to a ladder was what gave this type of logic its name. Such diagrams were used for specifying electrical drawings that were used in many industrial environments. Since those days, ladder logic has involved significantly, yet retains some of the basic elements: rails, rungs, input conditions, output instructions, comments, etc.

To learn ladder logic, you'll need to start with understanding current flow from the left rail to the right one. In summary, the current will attempt to flow through one rung at a time. As it encounters an input condition, it evaluates the result to TRUE or FALSE. If the condition is FALSE, the current will atempt to use a secondary path which may be through a circuit branch. If the result is TRUE, the current will proceed through the instruction. When it reaches an output instruction, it will execute the specified logic. 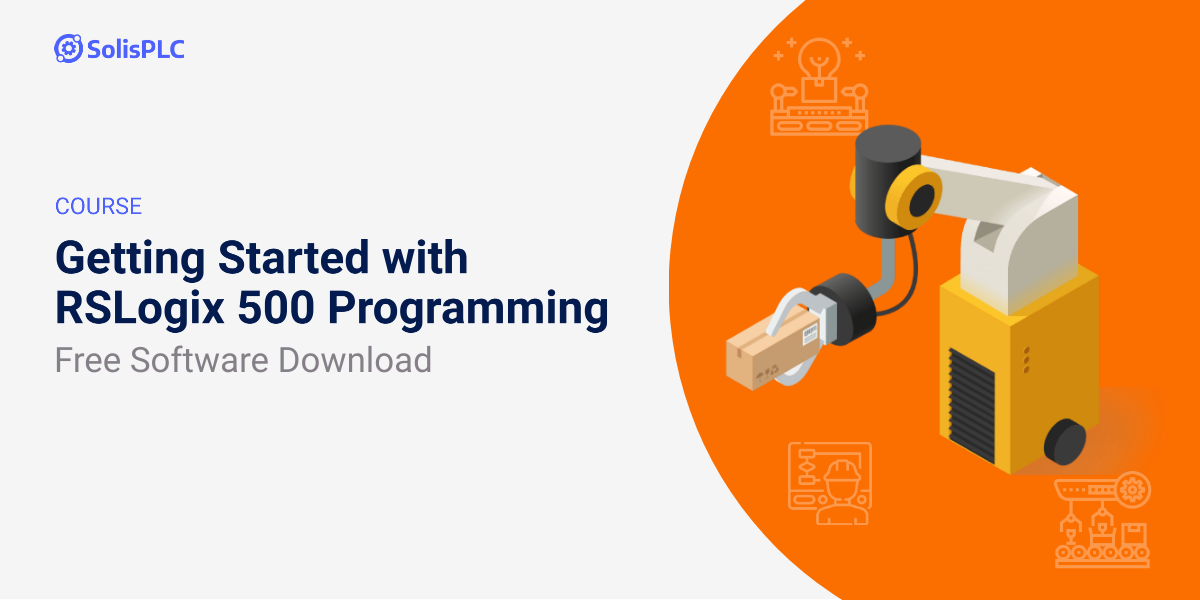 Get Started with our FREE Beginners Course 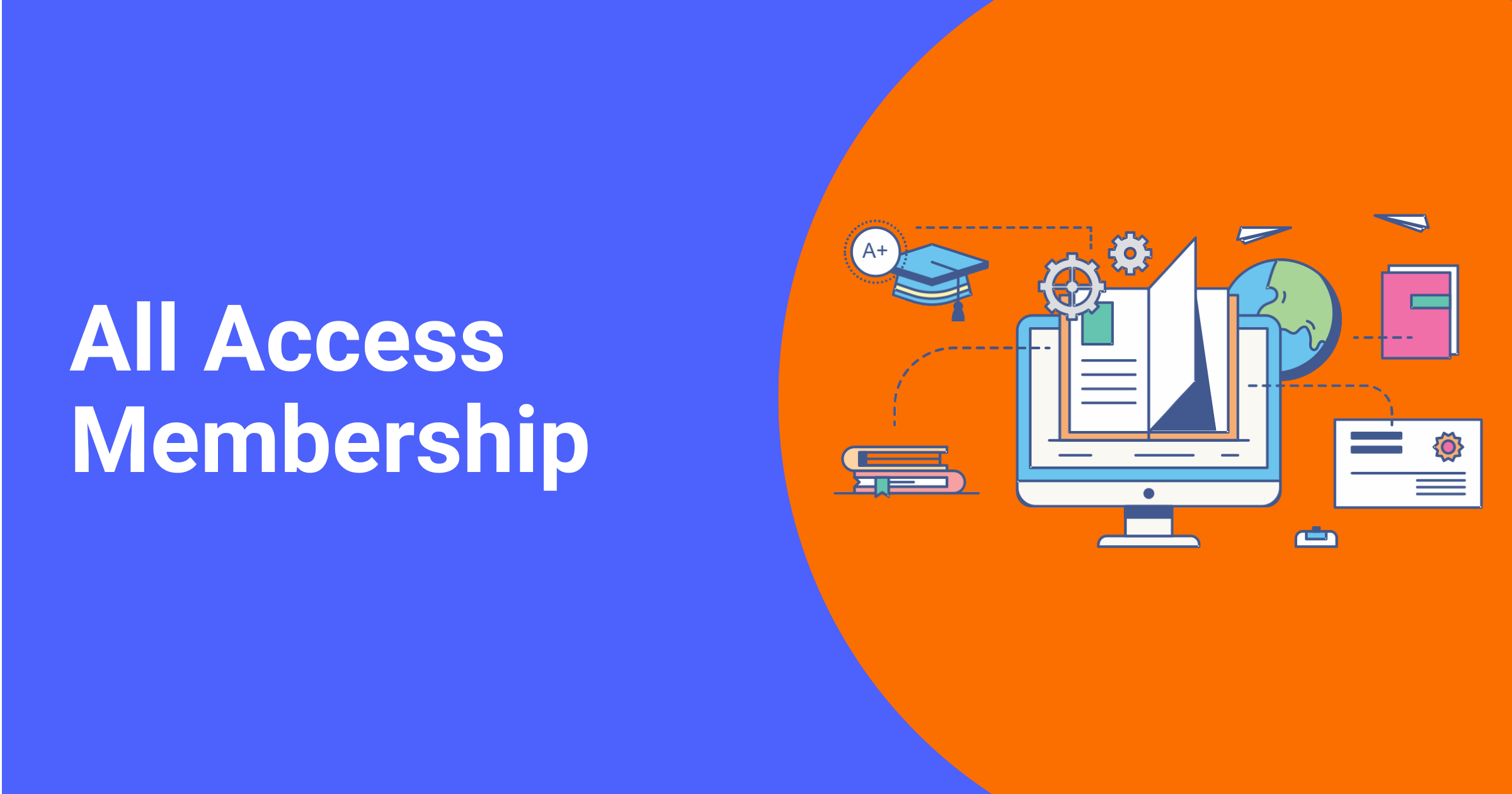 Learn how to work with photoelectric sensors, understand the basics, how to wire them, how to tie them into various PLCs and field devices and lastly how to troubleshoot them.

Learn how to create a simple control sequence through the Opto 22 Groov EPIC PAC Controller interface and explore how it can interact with the field hardware.